Netflix’s international collection includes recognizable genres like “Bollywood” and “Art House.” While “Nollywood” may be an unfamiliar term for western audiences, the film business in Nigeria is one of the country’s most prosperous industries. According to a CNN article, Nollywood is the second biggest employer in the nation (only after agriculture) and churns out about 50 films a week.

Nigeria’s film industry started to take off in the 1970s and 80s, and was solidified with accessible and affordable video technologies in the 1990s. Many cite “Living in Bondage”, a 1992 film, as Nollywood’s first certified blockbuster. It wasn’t for another decade or so that Nigeria’s films started being recognized by the international community.

In many ways, Nollywood is similar to Hollywood, CNN reports. Its movie stars are often revered with the celebrity status that starlets in the U.S. are. Some of Nollywood’s hottest names include Ramsey Nouah, Omotola Jalade-Ekeinde and Genevieve Nnaji. Each of these actors has starred in a number of films; Jalade-Ekeinde has been in more than 300 films since her start in 1995. These celebrities are well-known around the world as well. Nouah starred in the VH1 television show “Love & Hip Hop: Atlanta,” and Jalade-Ekeinde was named one of TIME’s top 100 most influential people in 2013. Closer to home, Nnaji was honoured as a Member of the Order of the Federal Republic by the Nigerian government.

Nollywood actress Omotola Jalade-Ekeinde was one of TIME’s top 100 most influential people in 2013.

But Nollywood differs from Hollywood in major ways as well. Although a staggeringly large number of films are released every year (around 1,200), most are shot by very humble means. Budgets don’t often exceed $40,000. This generates a do-it-yourself mentality for many filmmakers, who shoot on location with handheld cameras.

Revenues are also very small in comparison to Hollywood films. Nigeria’s film industry generates around $600 million annually while Hollywood generates around $500 billion a year. “Ije: The Journey,” a 2010 Nollywood film, is thought to be the highest grossing Nigerian-made film, and it generated $500,000 upon release. Compared to Hollywood’s top grossing 2014 film (“American Sniper” at $350 million), Nigeria’s numbers are negligible. And Jalade-Ekeinde, one of Nollywood’s biggest stars, has an estimated net-worth of about 53 million Naira, which is only about 266,330 U.S. dollars.

In the international community, Nollywood films are generally seen as low in cinematic value. In a New York Times article, the writer concedes that “most of the movies themselves are awful, marred by slapdash production, melodramatic acting and ludicrous plots.” But Nollywood has big goals to grow in prominence in the international community. New Nigeria Cinema has recently emerged as a movement of young professionals who want to raise the quality of Nigerian films. Actor Wale Ojo told CNN: “New Nigeria Cinema basically means an elevation of Nigerian film – high production values, good strong narratives, stories that capture the essence of who we are as Nigerians, as Africans.”

In Africa itself, Nollywood is a huge point of attention and contention. Nollywood films are notorious throughout the continent – thanks to Africa’s environment of excessive pirating, bootlegged CDs of films are extremely accessible throughout the continent. From Zambia to Sierra Leone, Africans are partaking in the huge industry that is Nollywood. This has led some African elites to seriously question the industry – according to an Economist article, some leaders see the films’ growing popularity as a “Nigerianisation” of Africa as a whole. In other words, Nigeria is monopolizing Africa’s popular media, with little representation from any of the other African countries. The Democratic Republic of Congo has even tried to ban Nigerian films.

Although the industry is shrouded in controversy, it seems that, for now, Nollywood will continue to grow. While many American and British audiences aren’t familiar with Nollywood films, its emergence as a sub-category on Netflix will surely increase exposure. Right now, people worldwide can dabble in several featured titles, including “Knocking on Heaven’s Door” (2014), a film in which an untold story from the past affects a marriage’s future. “Lies Men Tell” (2013) seems a Nollywood version of “First Wives’ Club.” In it, wives get fed up with their lying husbands, and decide to teach them a lesson. There’s even a film called “Lagos Cougars” (2013), whose description reads: “Mamas, keep an eye on your sons. Three kitties are on the prowl and they crave only fresh young blood.” 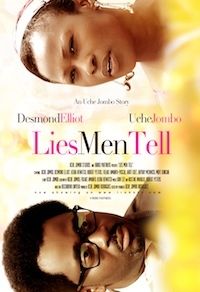 Sao Paulo Fashion Week was for all seasons

The best of BaselWorld

Welcome to the Chinese New Year of the Monkey